23SL169 was recorded in the 1950s by Leonard Blake during his years of archaeological survey work in St. Louis County, MO. The site is situated along a small perennial creek that joins the Missouri River. [Photograph by Mark Leach, Chesterfield Historic Preservation independent researcher].The site is less than a half hour walk from Blake Mound (23SL51) and the small cave associated with the mound. 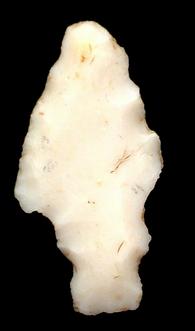 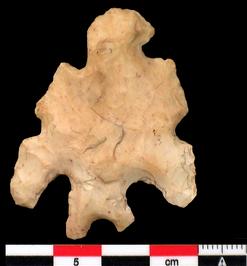 Craig Sturdevant excavated a marine shell (most likely a whelk) that had been "placed on the arm" when the bones were wrapped in either a deer or bison pelt. The shell resembles the marine shell represented on the Exchange Avenue figurine recently discovered in East St. Louis Site -  11S706/5; the Exchange Avenue figurine was found in a burnt building that is dated to approximately AD 1200 (Powell 2014). The size of the shell, estimated from the photograph, is approximately 20 cm. long and 11.5 cm in maximum diameter. Large marine shells, often called Conch shells in older literature, are associated with Mississippian occupation in Missouri (Chapman 1980:Figure 5-14); they are very rare in comparison to the number found in the Cahokia area. It does not appear that the artifact from 23SL169 has engraved in the manner of the the marine shell cups from Spiro Mound in Oklahoma (Hamilton 1952:Figure 82a; Brown 1976:Figures 93 - 107). 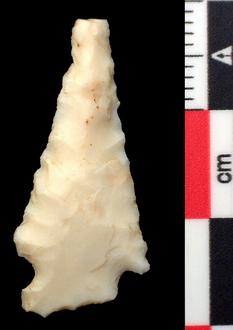 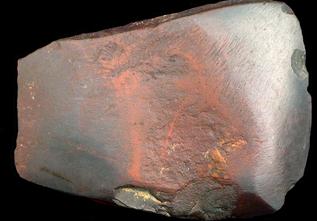 Many thanks to Craig Sturdevant for permission to share his images on this webpage. Special thanks for Randy Hargis for permission to measure, photograph, and share a small sample of his collection of projectile points from the site. 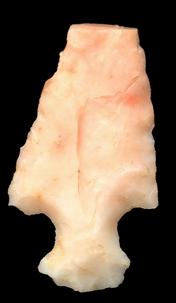 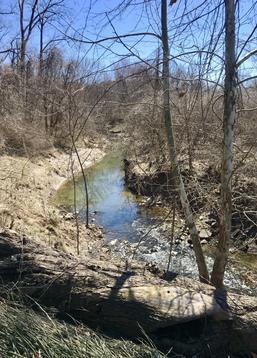 Suburban construction has impacted 23SL169 and one archaeological excavation was carried out at the site by Craig Sturdevant (2017) from Environmental Research Center of Missouri in Jefferson City, MO. Research conducted by Sturdevant in 2016 resulted in two radiocarbon dates of cal C-14 AD 1020+/-40 (Feature 15) and cal C-14 AD 1015 +/- 40 (Feature 34). 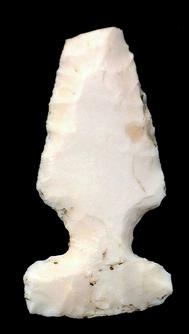 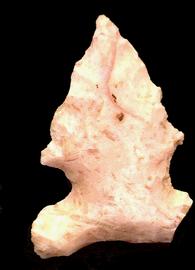 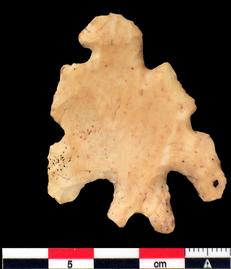 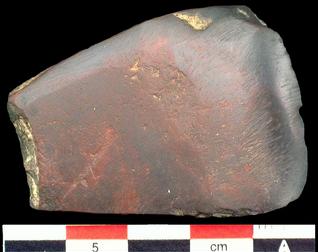 A red clay pipe was discovered by Craig Sturdevant during his rescue excavation of a bundle burial at the site during 2016. The pipe measures approximately 9 cm in length and 6.3 cm in height based upon the site report photographs. 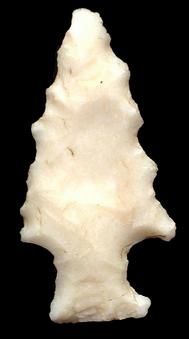 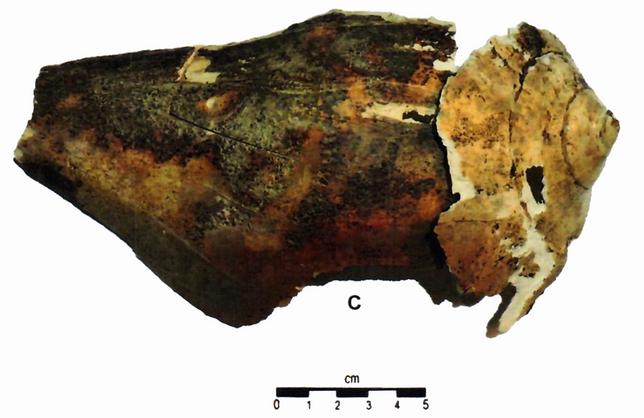 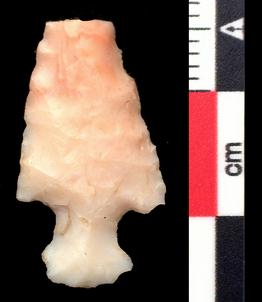 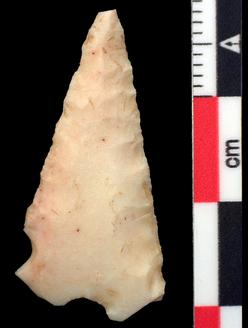 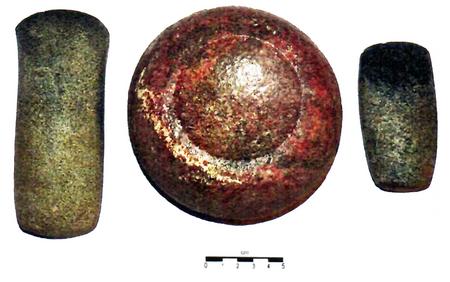 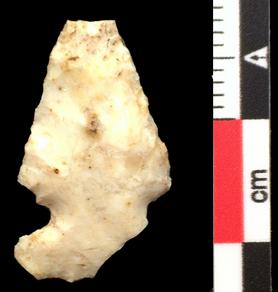 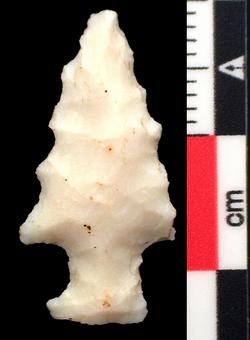 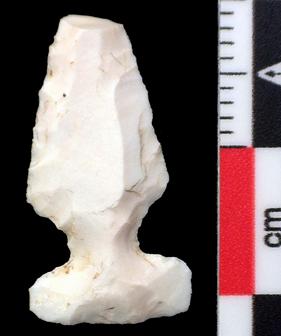 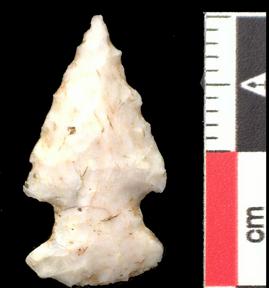 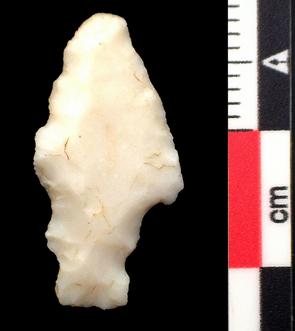 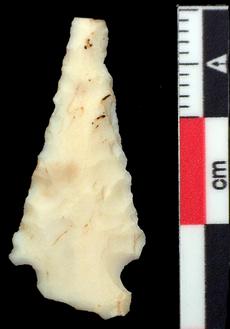 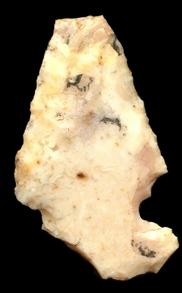 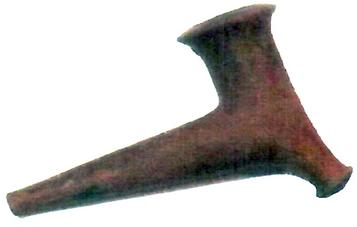 Craig Sturdevant excavated a polished "digging" tool from feature 7 at 23SL169. He interpreted as used in the construction of the storage pits at the site; most often, these spades are interpreted as a tool used in agricultural cultivation. 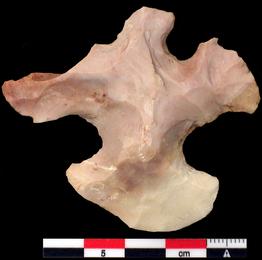 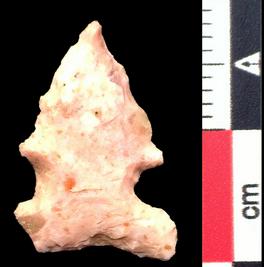 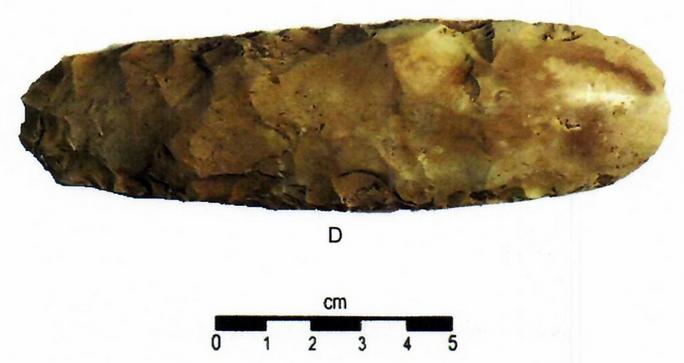 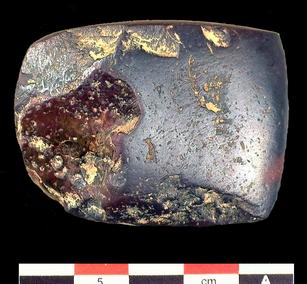 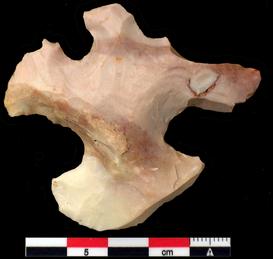 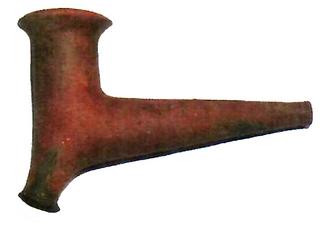 Three groundstone artifacts were excavated by Craig Sturdevant from Feature 42 at 23SL169. The discoidal out of red granite and two diabase celts were part of a cache. A short distance away was a house pit (feature 40). 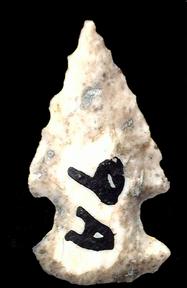 1976 Spiro Studies Volume 4 - the Artifacts. Stovall Museum of Science and History at the University of Oklahoma, Norman.