The site was particularly "beautiful" when the thin soil between the petroglyph panels were full of columbine (Osage, mon-bi-xon ca-be) and horsemint (Osage, ni-dsi-da) in full bloom on 18 May 2020.

Wyatt, Ronald
n.d. A Study of Three Petroglyph Sites along the Big River in the Eastern Ozark Highland of Missouri. Unpublished manuscript, Museum of Anthropology at the University of Missouri, Columbia. 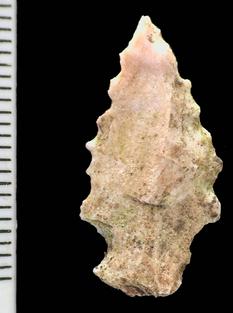 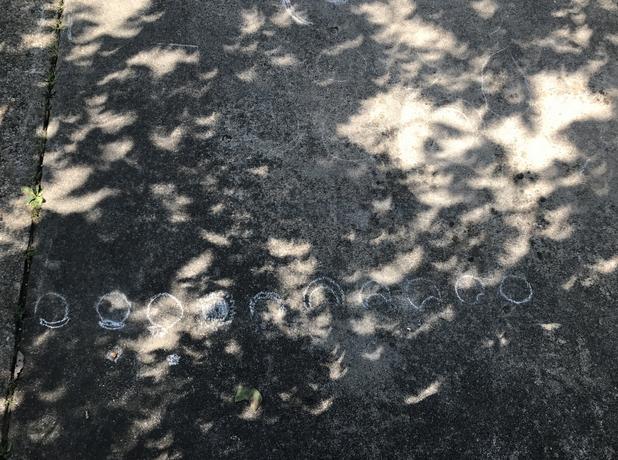 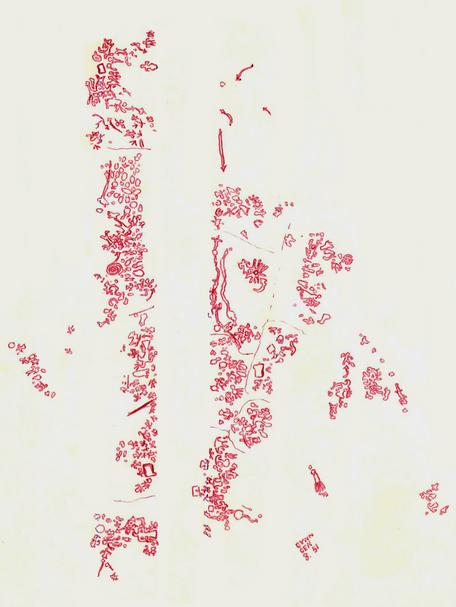 Plan of the Site A petroglyphs, showing the West - East boardwalk as a horizontal dark band. This plan is based on the research by Robert Elgin during 1959.

Dozens of eclipse crescents on the concrete next to the Washington State Park Petroglyphs at 23WA1. 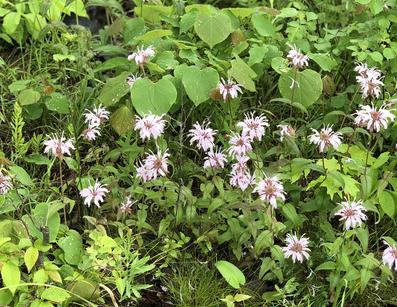 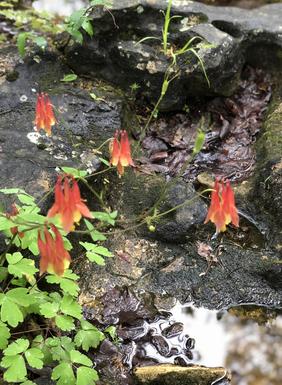 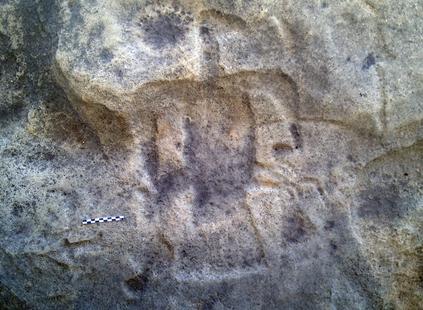