The Joint Expedition to Caesarea Maritima conducted 19 seasons of fieldwork (1971-1987 and 1993-1996) under the direction of Dr. Robert J. Bull (Professor Emeritus at Drew University). The primary objective of the fieldwork for Prof. Bull was to uncover the buildings and artifacts associated with the Roman occupation of the city. Above those features were several meters of Byzantine, Islamic and Crusader occupation. I began working on the question of the Medieval Islamic and Crusader occupation in Field C with Professor Bull's blessing in 2009. My initial interest was in the pottery but quickly expanded into the question of the burials.

South wall of the Crusader fortifications at Caesarea Maritime during 2018. The Mediterranean Sea is in the background. 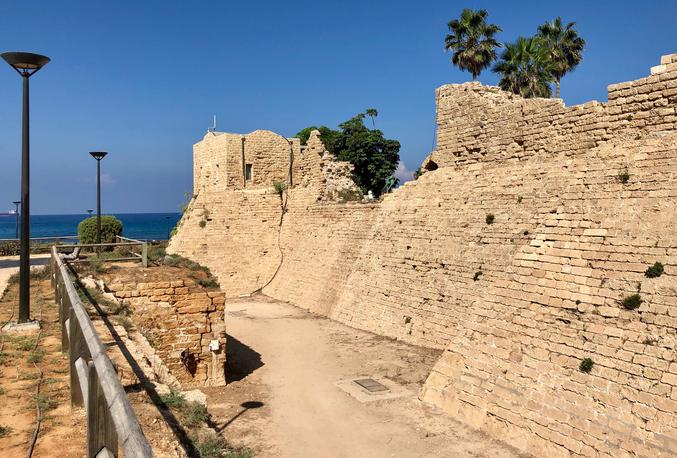 Field C at Caesarea looking South from the Crusader Walls. Photograph taken in 2018.