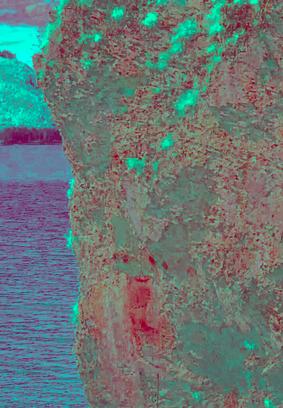 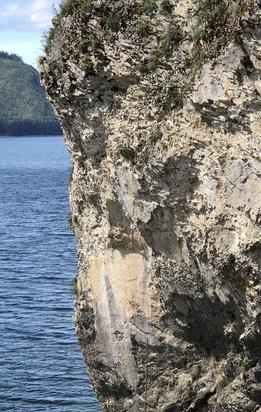 Selfie by Prof. Michael Fuller at the Hoonah pictograph site. The pictographs are on the vertical rock surface.

Two members of the Tlingit community in Hoonah shared the story of the canoe pictograph with me. Thomas James / Sku Dei Eesh told the story of the pictograph to a group of two dozen cruise ship guests from the Viking Orion on 17 May 2022. The story was repeated to Michael and Neathery Fuller on 7 June 2022 by Gordon Greenwald / Kaach Yaas, a Tlingit elder, while he was carving on a totem pole in Hoonah. The Tlingit tradition is that the settlement of Hoonah was attacked a group of warriors while the majority of the Tlingit men were away from the village on a fishing expedition. The attackers tormented a young boy named Jett and he climbed a dangerous cliff to reach a signal fire that he ignited in order to call the village men home. A battle between the men of Hoonah and the attackers resulted in the almost total destruction of the invaders. The blood of the attackers was used (mixed with pigment?) to paint the pictograph of a canoe with three figures. The men of Hoonah intentionally allowed three survivors to paddle away from the village so the invading village (that can never be named) would understand that they could return as peaceful traders, but never again as attackers. 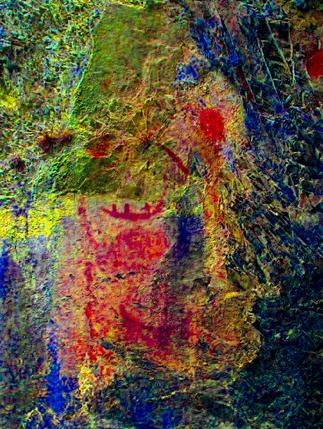 Undated photograph of the canoe pictograph on the internet (https://mapio.net/pic/p-62363798/). Dstretch filter LDS clearly shows the top canoe with three paddlers. Additional pictographs can be recognized including what appears to be a larger, empty canoe approximately a meter below the best preserved canoe. 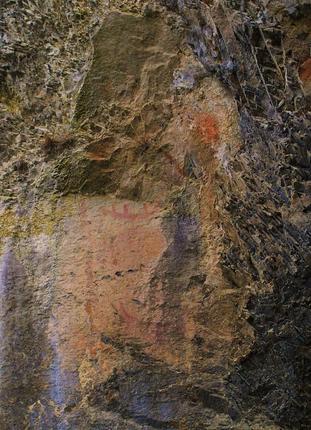 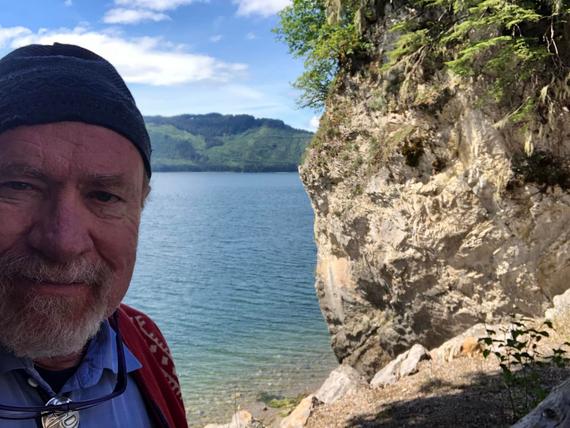 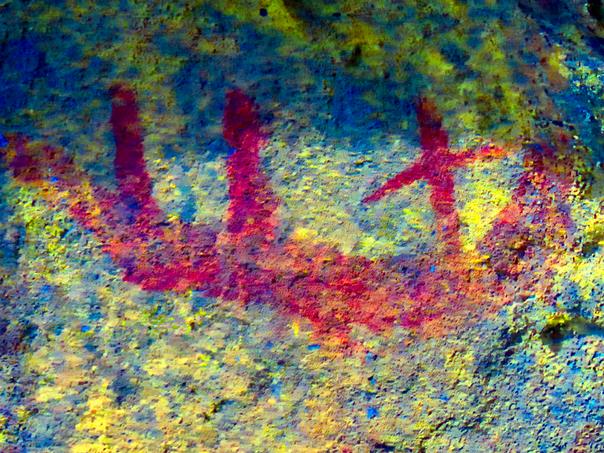 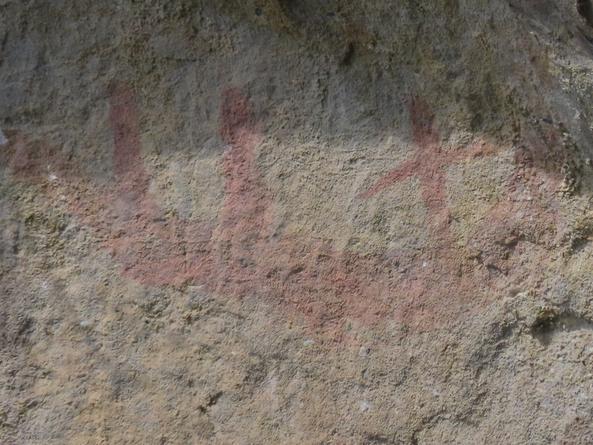