Artifacts described in the report:

b. Abrader made out of sandstone.

c. [Not described] Probably a scraper.

e. Elbow pipe out of gray, grit tempered clay. Measure 55 mm. in length. There is a slight roll at the rim of the bowl.

f. Chert flake with secondary flaking along one side.

Pottery described in the report:

e. Single example of a grit tempered rimsherd with pinched nodes around the rolled rim.

f. Single example of a grit tempered vessel with punctate made along the outer lip. 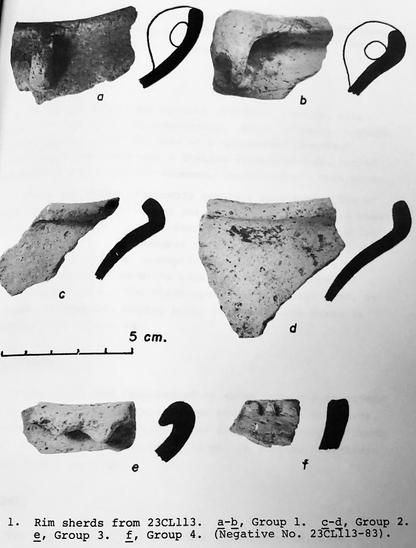 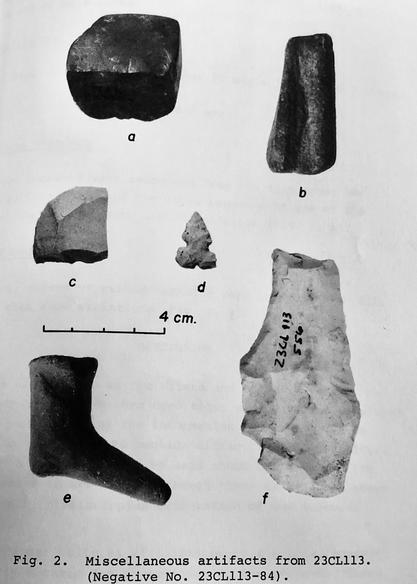 1967. Preliminary Salvage Work in the Smithville Reservoir Area: 1967. Report prepared by the University of Missouri Archaeological Research, Department of Anthropology.

The Friend and Foe Site (23CL113) was investigated by an archaeological team ahead of the construction of the Smithville Reservoir by the U. S. Army Corps of Engineers. The site provides important insights into the Mississippian period in the Kansas City area - the site can be assigned to the Steed Kisker Phase.