The great church dedicated to Holy Wisdom was consecrated in Constantinople on 27 December in AD 537 century by Emperor Justinian. Earlier churches had stood on the same location. The current structure would be converted in a mosque after the city's conquest by Mehmet II in AD 1453; the name of the city was changed to Istanbul after the conquest. Hagia Sophia would be transformed into a museum in 1934, after that - art historians would carefully reveal the fine mosaics of the walls and ceilings that had been covered with plaster after AD 1453. On 24 July 2020, the Turkish government changed the status of the building from a museum into that of an active mosque. I visited Hagia Sophia several times when it was a museum, and on 3 July 2022, as an active mosque.

Marble relief, high above the entrance door inside the main sanctuary, showing a representation of a crux gemmata (Latin, jeweled cross) as it would appear with the chancel curtain opened. 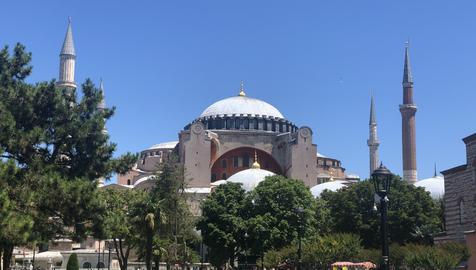 Seraph painted in one of the nave pendentives in the sanctuary of the church. A Seraph is a spirit being that directly serves and worships God. 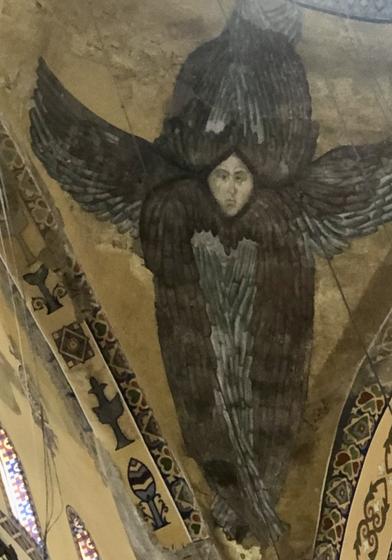 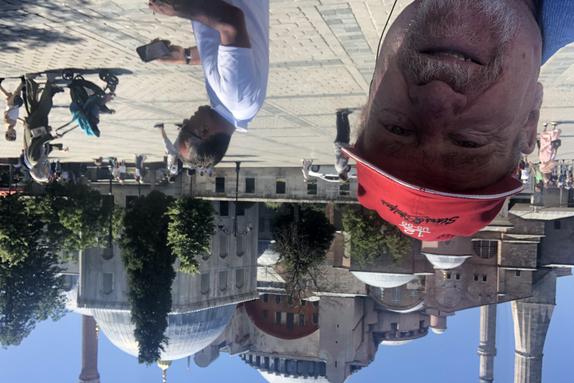 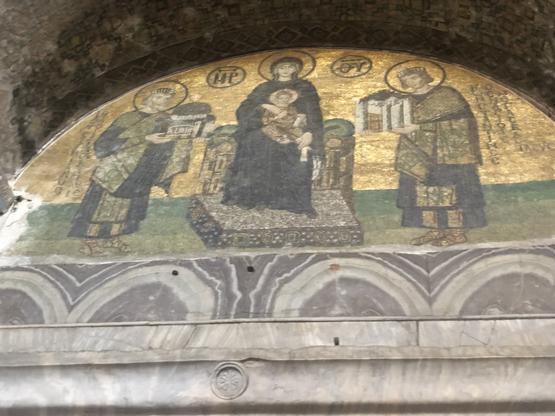 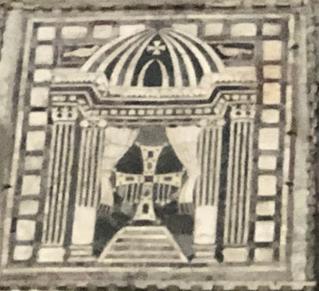 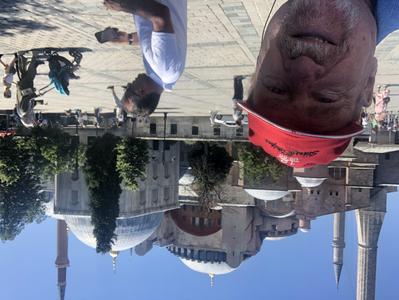 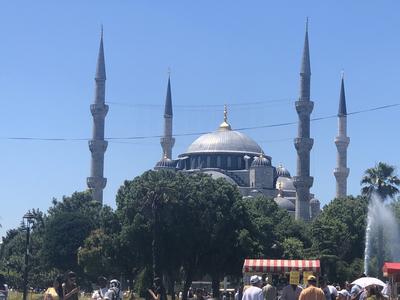